Things To Do In Australia- Country In Oceania 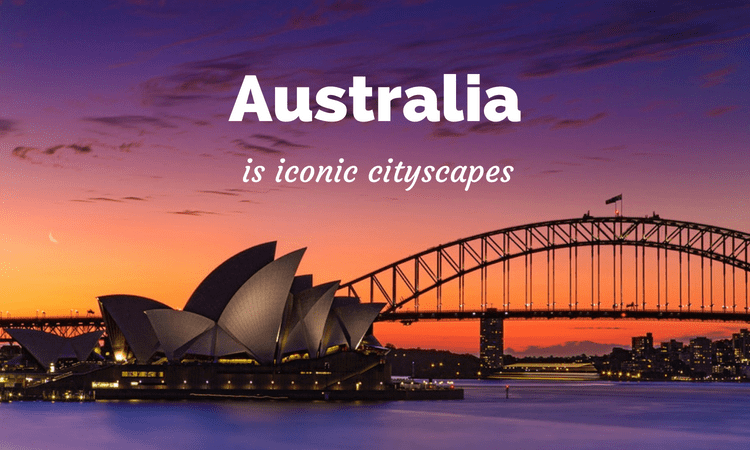 Australia is a country and continent surrounded by the Indian and Pacific oceans. Its major cities are Sydney, Brisbane, Melbourne, Perth, Adelaide are coastal. Its capital, Canberra, is inland. The country is known for its Sydney Opera House, the Great Barrier Reef, a vast interior desert wilderness called the Outback, and unique animal species like kangaroos and duck-billed platypuses.

Things to do in Australia:-

Sydney Harbour is an aquatic playground for Sydneysiders, with more than 240 kilometers (150 miles) of shoreline, punctuated by unspoiled beaches, picturesque gardens and pockets of natural bush. It is also home to some of Australia’s big-name attractions, including the Sydney Opera House and Sydney Harbour Bridge.

A cliff top coastal walk, the Bondi to Coogee walk extends for six km in Sydney’s eastern suburbs. The walk features stunning views, beaches, parks, cliffs, bays and rock pools. The beaches and parks offer a place to rest, swim or a chance to eat at one of the cafes, hotels, restaurants or takeaways. All beaches offer picnic shelters, electric barbecues, play areas, kiosks, toilets, and change-rooms.

The Australian War Memorial combines a shrine, a world-class museum, and an extensive archive. The Memorial’s purpose is to commemorate the sacrifice of those Australians who have died in the war. Its mission is to assist Australians to remember, interpret and understand the Australian experience of war and its enduring impact on Australian society.

The western end of Kangaroo Island features magnificent coastal landscapes coupled with vast wilderness areas and diverse wildlife. Flinders Chase National Park is the home of the iconic Admiral’s Arch with its colony of New Zealand fur seals and the truly Remarkable Rocks. Open every day except Christmas day.

Bonorong Wildlife Sanctuary was established in 1981 as a sanctuary for injured and orphaned wildlife and is Tasmania’s most popular wildlife park. At Bonorong you will see native animals which are extinct everywhere but Tasmania such as the famous Tassie Devil, Tasmanian Bettong, Eastern Quoll and Tasmanian Pademelon.

Moreover you can book your tickets on OMIO. Omio helps you with popular train, bus and flight connections.

Have a great trip!

When To Visit Australia:-

Climate varies by region. The Red Centre & Great Barrier Reef see many visitors Apr-Sep and at school holidays (mid-Dec–late Jan). A popular time to visit a beach or the desert is Sep-Oct. Summer from Dec to Feb can be hot and humid, and visiting the Red Centre is inadvisable. North Queensland’s monsoon season is Nov–Apr.

To make your visit easy and at cheap rates, you can make your hotels bookings online with Fab Hotels, MakeMyTrip, Goomo, Yatra, ClearTrip, Find great discount on your online hotel bookings & save maximum.

City slickers, culture vultures and beach bums alike fall in love with Sydney. Hang ten at famed Bondi Beach or stroll the calmer sands of Coogee.  Cash burning a hole in your pocket? You’ll find great shopping in the Rocks district and along George and Pitt Streets. Climb to the top of the Harbour Bridge or take a skywalk on Sydney Tower for a 360-degree view of the city.

Melbourne Museum and the Royal Exhibition Building explore city history and culture. The Immigration Museum and the Chinese Museum provide differing cultural perspectives on the local settlement, while the Old Melbourne Gaol offers insight into 19th-century prison life. A major shopping destination is Queen Victoria Market, a Victorian-era building with food stalls. The city’s 19th-century “laneways” and shopping arcades are lined with cafes, galleries, and boutiques.

Brisbane, capital of Queensland, is a large city on the Brisbane River. Clustered in its South Bank cultural precinct are the Queensland Museum and Sciencentre, with noted interactive exhibitions. Another South Bank cultural institution is Queensland Gallery of Modern Art, among Australia’s major contemporary art museums. Looming over the city is Mt. Coot-tha, site of Brisbane Botanic Gardens.

Perth, capital of Western Australia, sits where the Swan River meets the southwest coast. Sandy beaches line its suburbs, and the huge, riverside Kings Park and Botanic Garden on Mount Eliza offer sweeping views of the city. The Perth Cultural Centre houses the state ballet and opera companies and occupies its own central precinct, including a theatre, library and the Art Gallery of Western Australia.

The 74 Whitsunday Islands lie between the northeast coast of Queensland, Australia, and the Great Barrier Reef, a massive stretch of coral teeming with marine life. Most of the islands are uninhabited. They’re characterized by dense rainforest, hiking trails, and white sand beaches. The town of Airlie Beach on the mainland is the region’s central hub.

Uluṟu-Kata Tjuṯa National Park is a protected area located in Northern Territory of Australia. The park is home to both Uluru and Kata Tjuta. It is located 1,943 kilometers south of Darwin by road and 440 kilometers south-west of Alice Springs along the Stuart and Lasseter Highways. The park covers 1,326 square kilometers and includes the features it is named after Uluru and, 40 kilometers to its west, Kata Tjuta.

Port Douglas is a town on the Coral Sea in the tropical far north of Queensland, Australia. It’s known for its beach resorts and as a base for visits to both the Great Barrier Reef, the world’s largest reef system, and Daintree National Park, home to the biodiverse rainforest. In town, Macrossan Street is lined with boutique shops and restaurants. Curving south is popular Four Mile Beach. 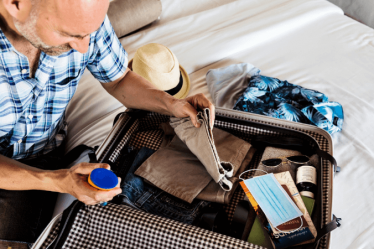 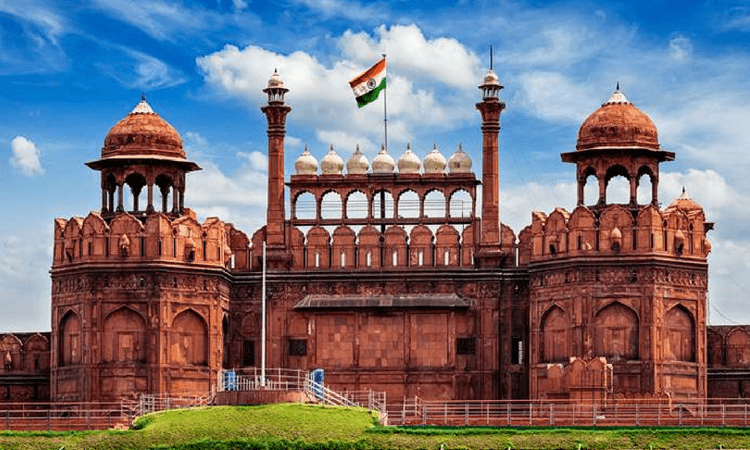